More games the weekend and mid-week 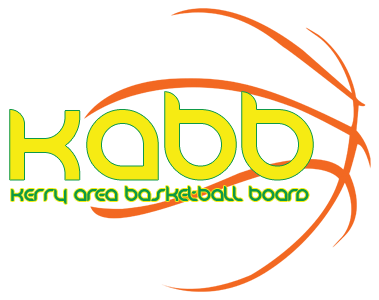 Defences were on top with Colman’s leading 4-2 at the end of the first quarter but the sides were level at 6 points each at the break. The game opened up in the third quarter where the home side took a 15-8 point lead into the final quarter and they held on to win 21-12.

Kestrels just get over Falcons: In the Boys u16 Division 3 Glenbeigh Falcons made the better start and led 12-9 at the end of the first quarter.

The Kestrels, led by Diarmuid Healy with 3 baskets, pulled level by the half with the sides tied 15-15. Glenbeigh found their range from outside in the third quarter with Darragh Duffy, Martin Zadojenjo and Paddy O’Sullivan draining three pointers to take back the lead.

However it was Kenmare Kestrels that finished the stronger taking the quarter 10-4 to win 35-31.

Tralee Magic 40 – 67 Rathmore Ravens The very first game of the Kerry Airport U16 Div 1 2022/23 season was held in Mounthawk Gym, between Tralee Magic and Rathmore Ravens on Monday 10th Oct. Ravens got to a strong start with a spread of scores across 5 different players. Ravens lead at the Q1 interval by 12 pts however Tralee Magic gave a really strong response, winning the second quarter by 5 points and reducing the half time lead to just 7. Johnny Dawson was key player for Tralee Magic keeping them in the game, hitting 14pts of the teams half time tally of 18pts. Ravens regained composure and dug deep in Qtr 3 with a fine display from Cathal Casey and Conor Moynihan stretching Rathmore Ravens lead to 14 pts entering quarter 4 (Magic 31 – 45 Ravens). Fionnan Ryan was a constant threat for the home team hitting 2 quick baskets as the quarter started, however was closely guarded for most of the game by Cathal Casey . Rathmore Ravens finished the quarter as they started with contributions on the scoreboard from 5 individual players and pair of 3’s from David Darmody and Darragh O’Keeffe.

Johnny Dawson displayed some excellent outside shooting for Tralee, finishing the game with a total of seven 3 pointers and Conor Moynihan finished the game as the top scorer. The game was played in fine spirit and was excellently referred by Liam O’Sullivan and Roscoe Patlesa.

St Brendan’s win the battle of the Saints over St Mary’s:

St. Mary’s division one men’s side suffered a loss in their first game of the season when they hosted St. Brendan’s on Sunday evening.

The first quarter saw Steven Bowler open for Brendan’s with St. Mary’s captain Seamus Brosnan responding in the next play. While St. Brendan’s kept marginally ahead throughout the early part of the quarter, a three form Mary’s Adam Donoghue saw the side’s level with four minutes remaining. Steals by Brendan’s Jack Tobin and Mary’s Nathan Nolan kept it interesting, both setting up scores, the final score of the quarter coming from Brendan’s Darragh Broderick, (son of former Mary’s player Michael Broderick). The home side led 16 points to 13 at the end of the first.

The second quarter was dominated by the visitors, while Seamus Brosnan was once again the key player for the home-side, it was St. Brendan’s James Friel who set the pace hitting three three-pointers while team mate Aaron Fleming added two more of the same. Brendan’s hit a total of 27 points for the quarter compared to the home sides 12 and by the half time interval St. Brendan’s led 40 points to St Mary’s 28.

The third quarter saw St. Mary’s make a huge comeback outscoring their opponents by seven and closing the gap to five points. Despite another triple three from Friel, Mary’s captain Seamus Brosnan had 10 personal points and along with scores from Daragh Jones, Adam Donoghue and Declan Cahill, it made for an interesting final quarter.

However the home-side lost their momentum in the last 10 minutes hitting just eight points to St. Brendan’s 18. Big performances on the day came from James Friel, Steve Bowler and the Fleming brothers for St. Brendan’s while Seamus Brosnan, Daragh Jones and Ian Mc Loughlin were among the top performers for St. Mary’s.